Last week, I featured the stamps that Topps inserted into its wax packs in 1961.

In 1962, they continued with a new 200-subject stamp set. This year, they were more colorful: 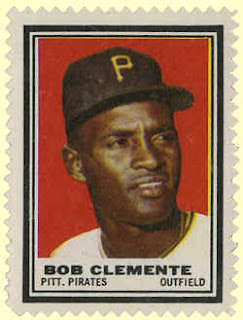 One player (Roy Seivers) was initially shown with the Kansas City A's, and later corrected to show him as a Phillie. Neither version seems to have a premium, however; both are priced as commons. One error was left uncorrected, with Johnny Callison's last name spelled "Callizon."

They came with two different background colors (red and yellow), which can be seen in the panel below. No, the colors weren't league-specific: 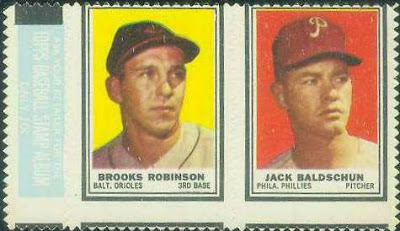 There were 180 players, plus 20 team logo stamps. The panel below shows two of those: 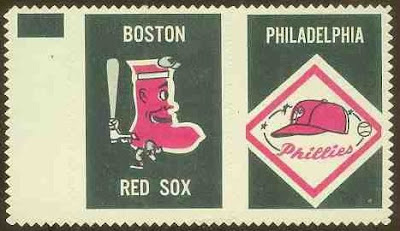 There were 245 different panel combinations, which is sometimes pursued by advanced collectors. The tabs advertise a stamp album designed to hold the cards: 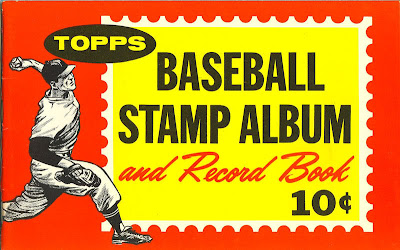 Notice how the album utilizes the red and yellow used on the stamps' backgrounds. The stamps were also advertised as a "bonus" on the wax packs themselves: 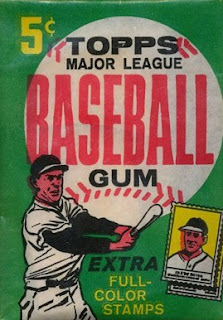