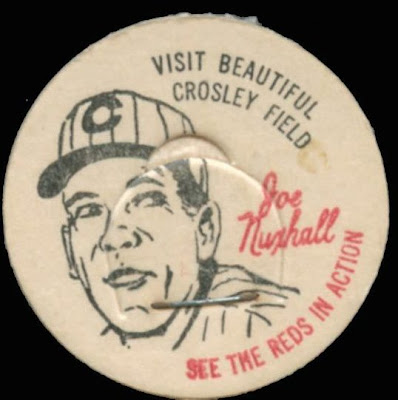 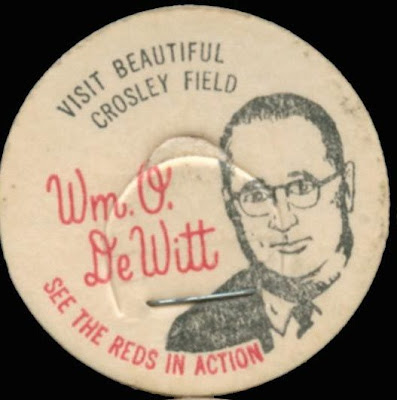 Though considered a common in the set, there weren't a lot of kids excited about old men in suits. Especially a man who later traded Frank Robinson to the Orioles because he felt Robinson was "old." That makes the DeWitt cap one of the tougher commons in the set.
Posted by Chris Stufflestreet at 8:30 AM