Projection of Your Behavior

Today's card isn't exactly a "card," it's the package that covered a film cartridge: 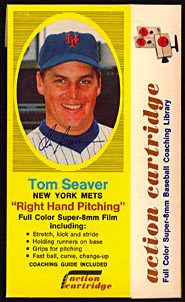 This is from 1970 and shows players demonstrating how they do their job. You can see from the back that this was part of a series of 12 cartridges: 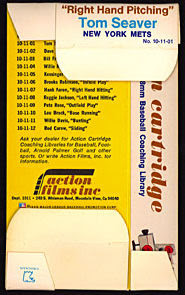 These film cartridges are from 1970 and were intended to be projected onto a screen or white wall from a special player. That player is shown in the side panel above, as well as the picture below: 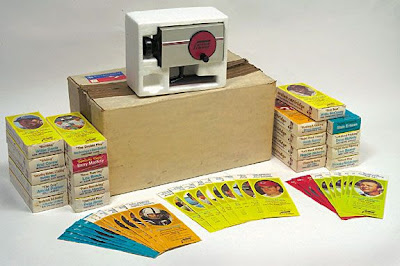 (Picture from a 2003 Mastro Auction)
The cards in the front are Coaches' Guides that were included inside the cartridges for each player. There were players from a wide variety of sports, not just baseball. They were color-coded as well, so baseball was yellow, football was orange, red was tennis and green was golf. As for the blue boxes, I'm going to guess they're hockey...but there's not a lot of info out there for me to be sure.

If you know, chime in with a comment.
Posted by Chris Stufflestreet at 8:30 AM