A lot of unwrapping was done over the weekend. So, here are some packages that are still wrapped up (not mine, however...the temptation to rip them open would be too great). For many, these will be a walk down memory lane; for others, they'll be an interesting time capsule: 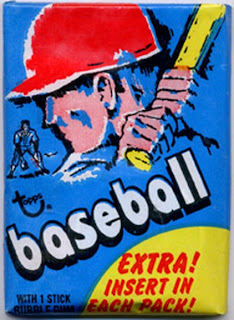 1971 Topps Pack
The '71 pack is unique because of its artwork. A notation appears at the bottom about an insert (which was a coin). 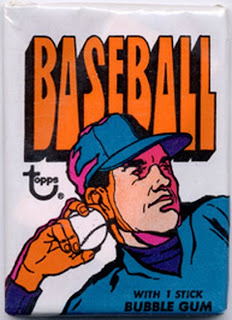 1972 Topps Pack
The font Topps used to spell out "Baseball" was interesting, especially considering the design of the cards in 1972 (some of my collecting buddies have nicknamed them "Psychos"). 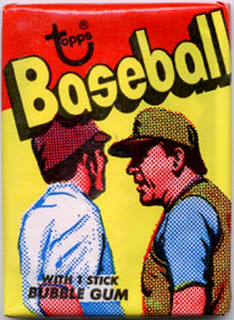 1973 Topps Pack
There were actually several different designs used in 1973. This one shows a manager having a casual discussion with an umpire (he looks a little like Dick Williams); the others showed a batter, a catcher and a pitcher. Packs from the final series also included cards from earlier series, and those wrappers have a notation on them about that. 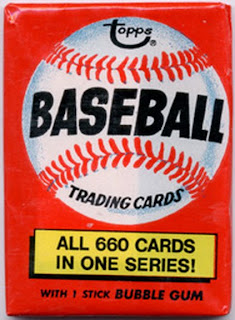 1974 Topps Pack
1974 was the first year Topps issued the entire set at one time rather than in series. The packs that year let the kids in on the news. 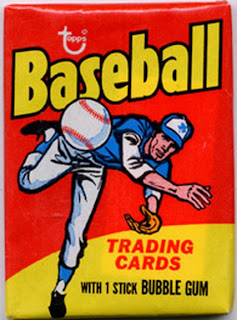 1975 Topps Pack
Topps made their 1975 cards in two different sizes. The regular-sized cards were issued nationally and mini cards were tested in specific areas. Both had the same pack design covering them up. Though I wasn't collecting cards at this time (I was 3 that year), I recognize the design from this card that came in my possession about 5 years later: 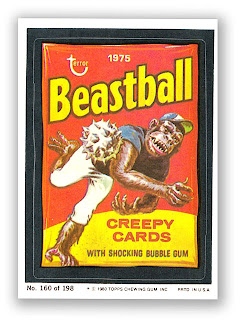 1979-80 Wacky Packages, Series 3
It's interesting that the year was placed at the top of the Wacky Package (as it was on the 1975 edition of Wacky Packages), since the original baseball wrapper didn't include that info. 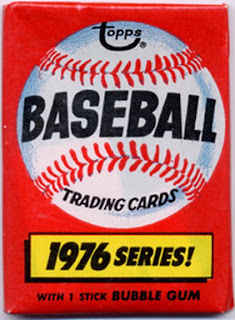 1976 Topps Pack
Topps recycled its 1974 design two years later, but made sure they placed the year underneath the baseball in case anybody thought it was an "old" pack. 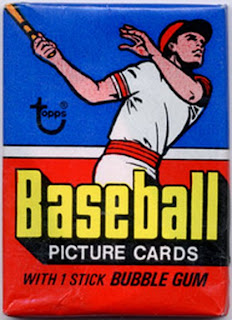 1977 Topps Pack
This has become a memorable design over the past few years. It was incorporated into the design of this book cover:

It is also part of the design around the Baseball 1977 blog. 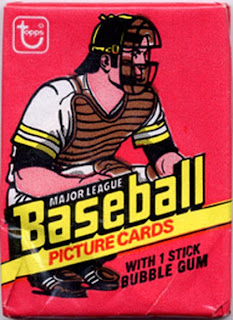 1978 Topps Pack
Topps used a similar font for "Baseball" (but tilted) for its 1978 pack. they also went with a catcher on its pack for the first time since 1973. 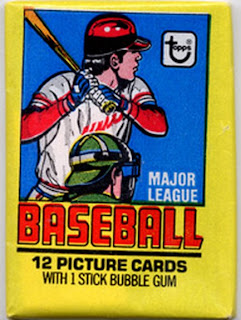 1979 Topps Pack
Now, here's a pack I remember. 1979 was the first year I busted open new packs of baseball cards, and that image of a batter standing beside a catcher and getting ready for the pitch will always be emblazoned in my mind. 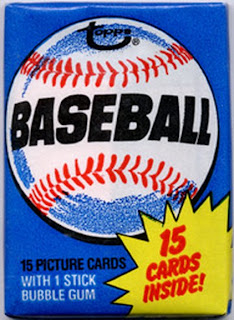 1980 Topps Pack
As the notation indicates, there were three more cards included in the pack. If memory serves correctly, the price of the packs went from 20 cents to a quarter (or from a quarter to thirty cents), so Topps was giving the impression that they were offering more value. Once again, the 1974/'76 design was used, only with a blue background instead of red. This would be the basic design Topps would continue to use through 1992, with a yellow banner on top of the ball giving the year of issue, and a rotation of blue, green and red for the background colors.
Posted by Chris Stufflestreet at 8:30 AM

Email ThisBlogThis!Share to TwitterShare to FacebookShare to Pinterest
Labels: Unopened