A Tale of Two Managers

In its 1969 set, Topps featured two managers for the Washington Senators in its set.

First, there was this guy: 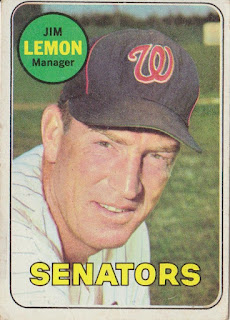 Card #294 -- Jim Lemon
Unfortunately for him, Jim Lemon was relieved of his position before the season began and replaced by this legend: 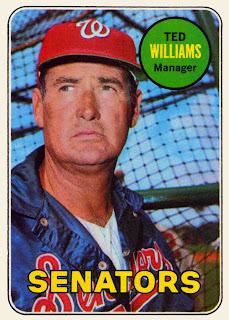 Card #650 -- Ted Williams
Manager changes happen. That's a part of baseball. In fact, the season just began last week and I'm sure there's somebody placing bets right now on which skipper will be the first one fired this year.

Since Topps was issued in series back then and unable to know what was going to happen in the season, this sometimes happened. But it's all good, because...

Wait, a minute...somebody is whispering to me...Do what? Turn Lemon's card over? 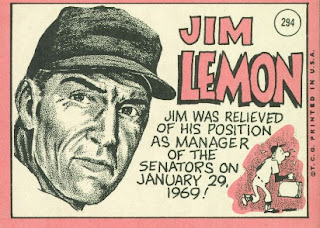 Oh, that's just wrong on so many levels.
Posted by Chris Stufflestreet at 8:30 AM