I just put another set description on my Vintage Baseball Cards Website:

This is a set that actually has very little known about it. While we know the cards were issued in strips of eight for a penny -- which should make it a W-series strip card set rather than an R-series set -- it's not known who made them. Even the experts are at odds about what year the set appeared. I have 1948 (as do others) but some say it came out in 1947 and other like SCD have indicated they could have been distributed into 1949.

Here's the card I used to illustrate the page: 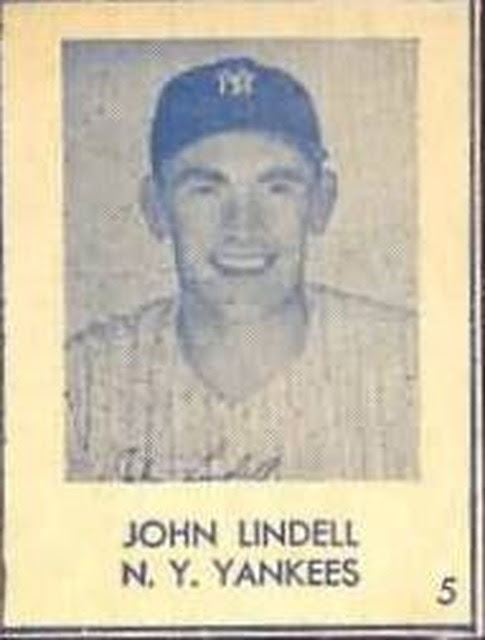 They're called Blue Tints because of their appearance, and aren't widely collected because they often seem to be of low quality. However, the set is filled with stars and Hall of Fame players, including Ted Williams, Joe DiMaggio and Bob Feller. Early cards of Jackie Robinson and Warren Spahn are part of the set, as well as final cards of Hank Greenberg and Mel Ott from their playing days (they both retired in 1947). There is also a Lou Gehrig card, which is especially odd since he had died before the set was made. For a set of 48 base cards, there's a lot of star power.
Posted by Chris Stufflestreet at 11:11 PM