They're Not "Dolls," They're Action Figures... 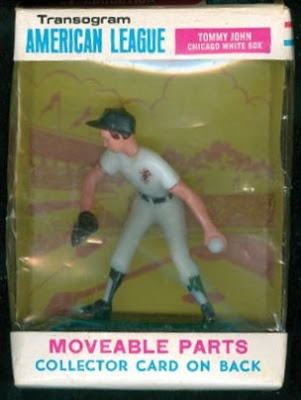 This is a 1969 Transogram Tommy John. There were 60 plastic player "statues" that were available in toy stores across the country. The back of the box had a standard-sized card (provided the kid wasn't too careless with the scissors): 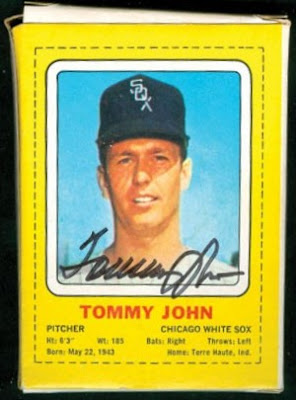 In 1970, Transogram continued the line, but placed three players together into a single package. They also issued two sets. One commemorated the previous year's World Series Champions: 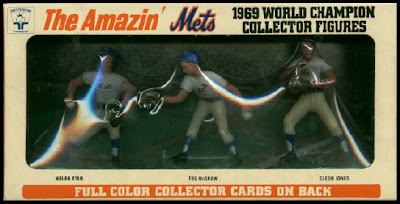 There were five "series" of three-player Mets packages, and three cards on the back: 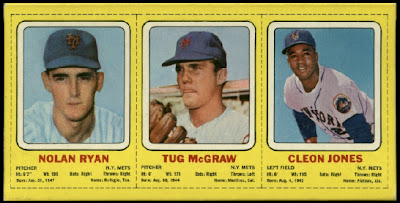 The cards are a little bit larger this year, which helps to differentiate those that have been clipped apart due to having the same design from the previous year.

There was also a set of ten "series" of players from the other teams as well: 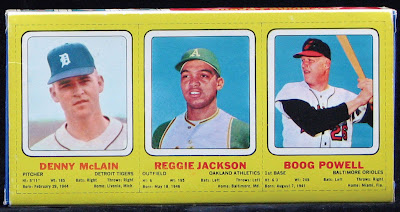 The three players above are "new" in 1970. The other 27 players all appeared in single boxes during 1969.
Posted by Chris Stufflestreet at 8:30 AM