And the Winners Are...

Last week, I ran a giveaway contest in commemoration of my 50th follower. It was a success beyond my expectations. Not only did it become the single most-viewed post on this blog in a matter of two days, I got an additional 11 followers to join up as well.

I may consider a similar giveaway once I reach 100 followers, so those eleven new readers make a significant step towards that milestone. In any case, thanks to all who entered.

In my original post, I mentioned that the winner would be chosen from random using a low-tech method involving paper, scissors and a hat...but the participation in the contest made me resort to more sophisticated means. After the 47 comments to my blog, the extra entries for those who announced the giveaway on their own blogs and a couple of email entries that came in from readers who have issues with giving personal information to Google (no penalty for that), there were more than 60 entries to choose from.

I went over to Random.org to help with this one. Writing all the entries into a program, it generated a random numbered list. Then, I had it pick three numbers for me, and we had our winners. So, without further pause: 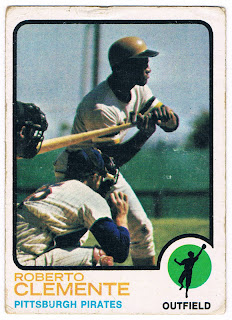 The first name drawn was Mariner1. On his Emerald City Diamond Gems blog, he had already mentioned he was hoping to get this Clemente card. 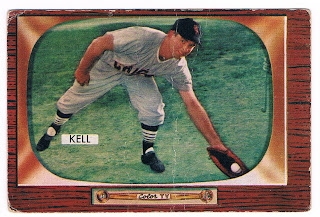 The second name drawn was Cynical Buddha. He had also given a heads-up post about the giveaway on his Collectors Crack blog. This 1955 Bowman Kell card is now his. 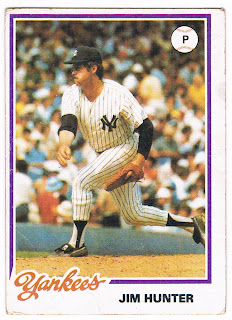 The third name drawn belonged to Matt Hickes, who is now the owner of this Burger King card from 1978. Unfortunately, Matt hasn't linked an email address to his profile so he's the only winner who hasn't gotten an email notification. So, congratulations to him!

If Matt could kindly send an email over to me (Chris Stufflestreet at yahoo dot com, just make sure there's no space in my name), I'll begin the process of sending your card to you.

And thanks again to all who entered.
Posted by Chris Stufflestreet at 1:41 PM

Email ThisBlogThis!Share to TwitterShare to FacebookShare to Pinterest
Labels: Contest