The National Sports Cards Collectors' Convention will be held this week in Chicago. Running from Today through Sunday, it is usually the largest gathering of sellers, collectors, autograph guests and hobby names all year.

However, this blog often likes to look back...and this year, I'll show my program from the very first National held in Chicago. It was in 1983, and here is the cover: 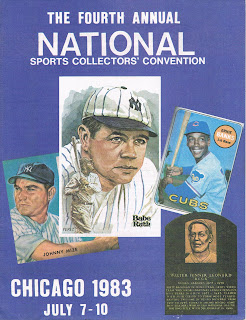 Interestingly, the dealer who organized the show was Bruce Paynter. He'll be set up this week at the table behind the one where I'll be working.

By the way...the 1983 All-Star game was held in Comiskey Park on July 6th, which may have helped determine the date of the National. 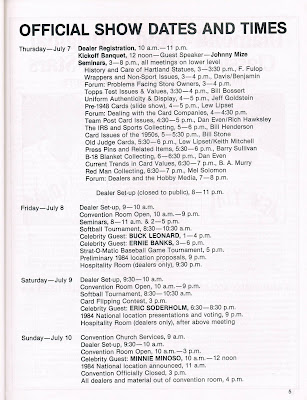 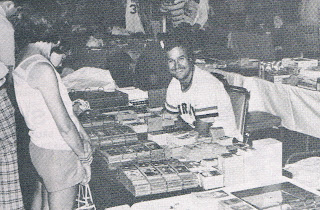 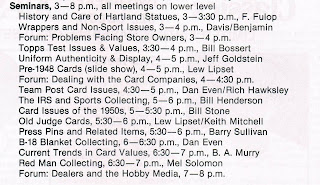 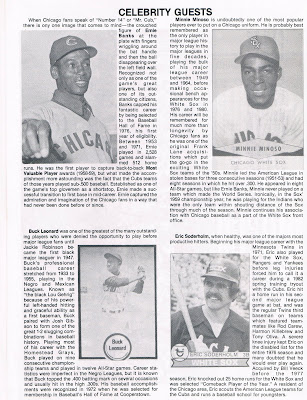 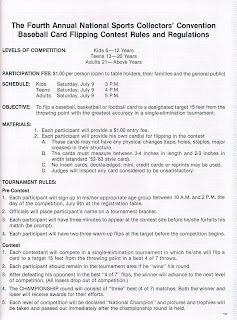 So there's a small glimpse at our hobby 28 years ago, when the value of a '52 Topps Mantle was hovering around $800, when many 1950s commons could be found in dime and quarter boxes, and the National convention could fit inside a hotel ballroom.