"Fake Design" But Not Fake Cards

Here's a card from the past that doesn't get seen as often as it once did: 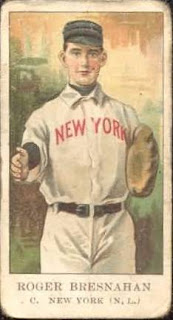 It's an E91a card of Roger Bresnahan. Here's the back: 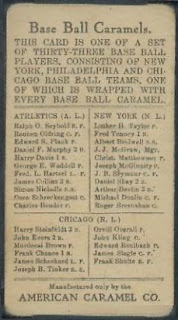 However, these are among the least desirable of the "E" series cards due to the fact that they aren't always picturing the player featured. Due to a generic-type design, sometimes the same picture would be used in each set for a different player.

As a result, you would get the following cards (images grabbed elsewhere on the Web): 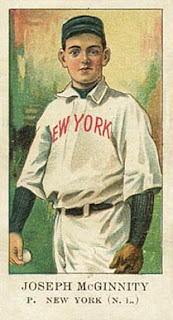 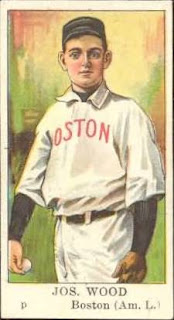 E91c Joe Wood
That might have put a crimp in the old habit of searching through cards saying "got 'em, got 'em, need 'em..."
Posted by Chris Stufflestreet at 8:30 AM