Today, I'll continue the series I've been doing here where I'm showing the backs of the "In Action" cards from the 1972 Topps set.

That set was split into six series through the year, with each having a subset of 24 cards that had a player and then a special "action" card of the same player. So far, I've shared the following series:

In series 4, the 12 cards included one (also shown in each of the previous series) that previewed the puzzles that would be included in the next two series. The other 11 recapped highlights from 1971, under the logo of the home city of the player who is being honored. I'll show six of them today and save the rest for later. 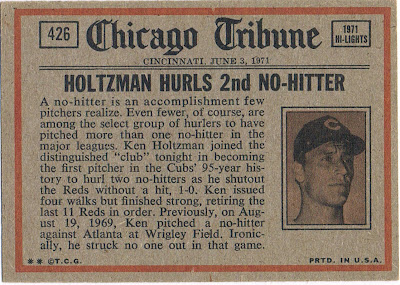 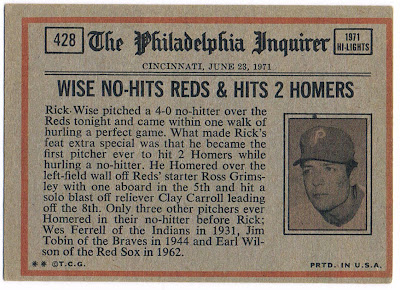 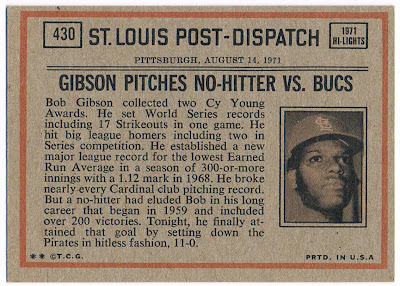 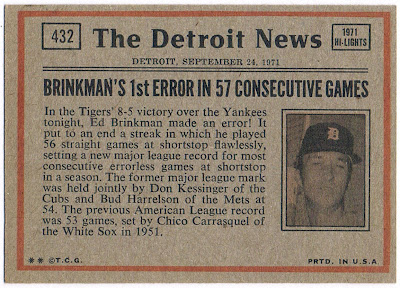 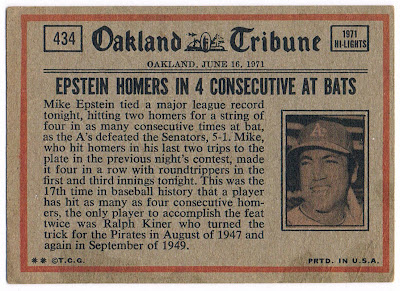 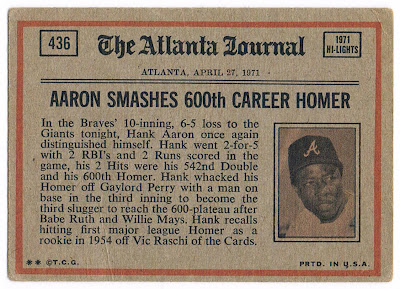