Here's a card that you might have never seen before:

These were called Magic Photos, and were issued as undeveloped pictures that needed to be made "wet" (some could dip them in water, and many would just spit on the cards) before the image appeared. The backs had a question that the picture could answer, but because of the manner they were treated, the pictures sometimes developed rather poorly.

The set of Magic Photos went way beyond baseball. Other sports (basketball, football, wrestling, Boxing) were featured, and so were actors and actresses. There were also American historical figures: 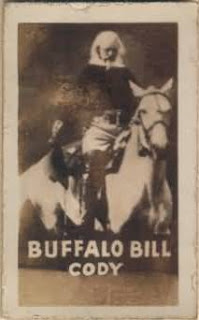 As well as landmarks and monuments: 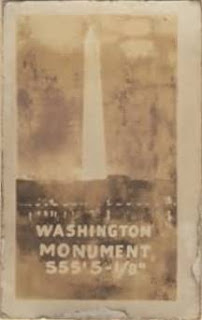 Now there's a card that shows some uneven development.

If you're interested in finding out more about this set, check out The Topps Archives, which dives pretty deeply into the issue and its series.
Posted by Chris Stufflestreet at 8:30 AM