A McDonald's Promo That Didn't Do So Well

When McDonald's founder Ray Kroc bought the San Diego Padres in 1974, it was only logical that a promotional tie-in between the two was only a matter of time. And on July 30, 1974, these were given to the attendees of the Padres' game against the Dodgers: 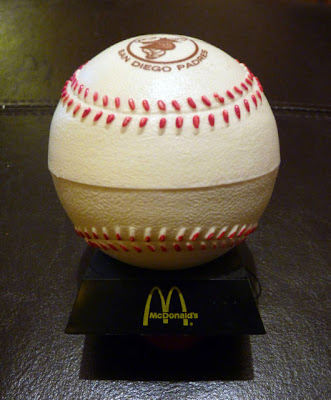 Inside the baseball were five circular Padres player cards, one that featured Ronald McDonald and a card that featured the team's home schedule on one side and the dates the rest of the team cards would be available at local McDonald's restaurants. 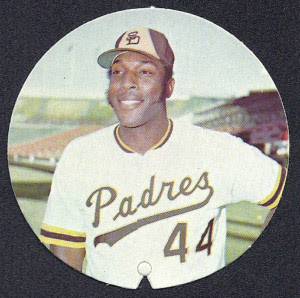 The set was a test to gauge a wider release in other area, but evidently it wasn't a success. No other teams were given a similar McDonald's treatment.
Posted by Chris Stufflestreet at 8:30 AM