I've been focusing on 1969 lately, and since today's a travel day for me, I'll simply feature some more cards from the set. There were 4 new teams in the 1969 season.

The American League added the: 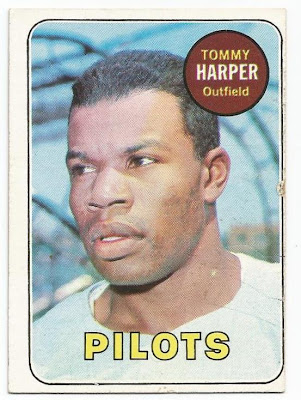 Seattle Pilots and the: 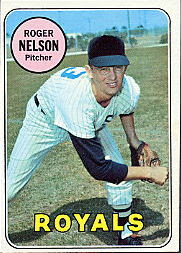 Kansas City Royals. Over in the National League, they brought the Montreal Expos: 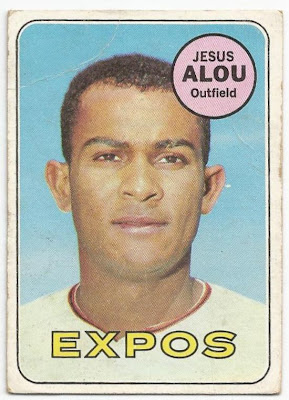 As well as the San Diego Padres: 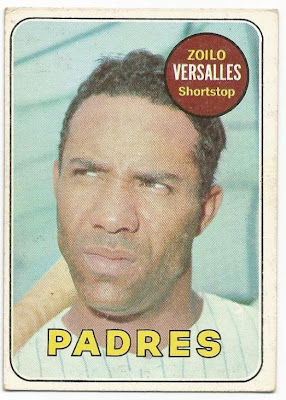 This continued the expansion of baseball outside the relatively condensed region that existed prior to 1958. For the first time, baseball expanded into Canada and (temporarily) the Pacific Northwest. Another team was added to California and the Midwest, to replace a departed team. The Southeast benefited from an earlier expansion (Houston) and the move of the Braves to Atlanta in 1966.

The new teams presented a problem for Topps at the time, because the players weren't in their new uniforms. However, Topps did what they did in the 1961-'62 expansion: they simply used "hatless" photos that made players look more like your Uncle Phil or the family tax preparer than an athlete, or they simply airbrushed the hat to remove the logo.

Adding some complexity to the problem, many players refused to sign new Topps contracts on the advice of the player's union. In many cases, the photos used were from 1967 or earlier.

However, a deal was struck before the season was over, so players in the last series of 1969 were able to be featured in their uniforms. 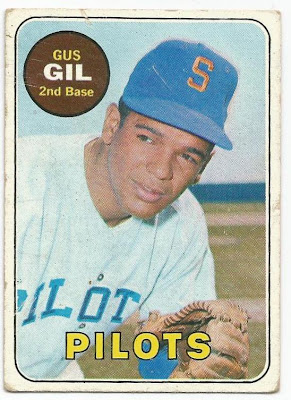 The Seattle Pilots altered their uniforms after the preseason...but this photo beats one with a "hatless" pose. 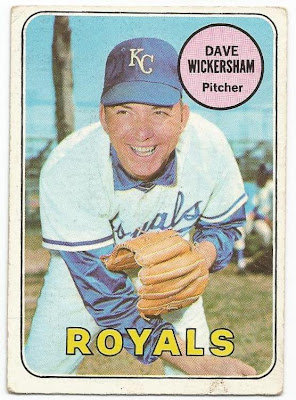 The Royals weren't much early on (and aren't today), but there was a 15-year stretch where they were one of the roughest teams in baseball. 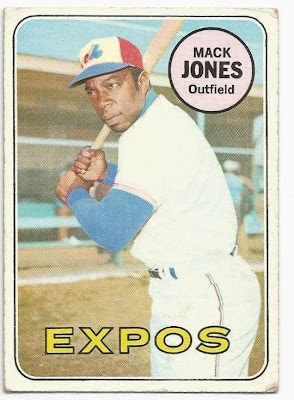 I'll say it here: the Montreal Expos may have been the first major league team in Canada, but the red, white and blue uniforms were more American that any U.S. team had. 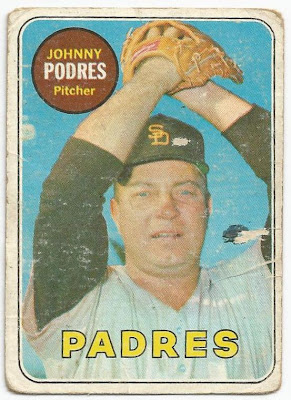 Finally, I had to include this card even though I had others to illustrate my point. Who better to have on a team called The Padres that a man whose last name was the similar-sounding Podres? As Wile E. Coyote would put it: "Genius."

I'm catching a plane...see you on Wednesday.
Posted by Chris Stufflestreet at 8:30 AM