Here's a card I picked up at the National. Actually, it's an intact panel: 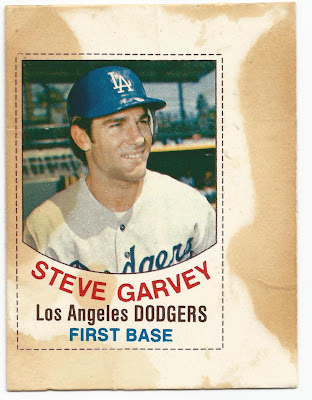 While it looks like a 1977 Hostess, there is a slight difference on the back: 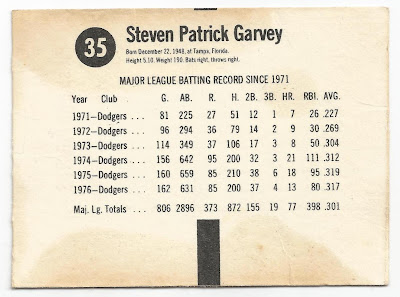 The black strip shows that it's a 1977 Hostess Twinkie card. Both the Hostess set and the Twinkie set have the same 150 cards. However, the Hostess set was distributed in 3-card panels of various types of snack cakes, and the Twinkie set was distributed in single panels. Despite the name, the cards were found in packages of Twinkies and Hostess Cupcakes as well.

This one was distributed with Twinkies. How do I know for sure? Those stains on the card offer pretty convincing proof.
Posted by Chris Stufflestreet at 8:30 AM