I was mentioning earlier about how Topps handled the four expansion teams in 1969, but they had some issues with some of the other teams, as well. One had moved, while the other was problematic for a few years.

The first team was the Oakland A's. 1968 was the first year they played in Kansas City, but due to the ongoing issue that Topps was having with the players' union, many of the cards still showed them in 1967, which meant that the "KC" logo was still on their hats and needed to be airbrushed.

Here's an example of a hat that was altered, even when a coach in the background didn't get the same treatment: 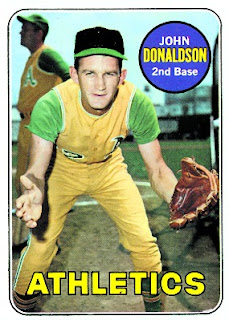 Card #217 -- John Donaldson, Oakland A's
The hats were either given a black block or had green to cover the newer insignia with an "A" on it. This one shows the "ghost" of that logo: 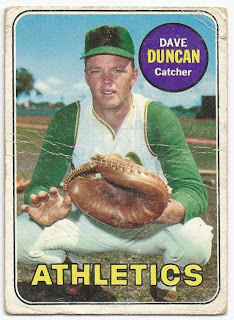 Card #68 -- Dave Duncan, Oakland A's
However, by the end of the year, the legal issues with the union were resolved and the logo was used on the cards for all to see: 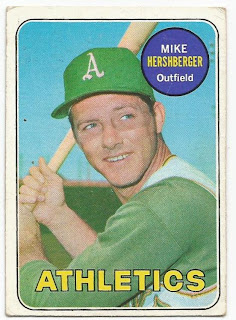 Card #655 -- Mike Hershberger, Oakland A's
This issue presented itself on the leaders card as well, as Danny Cater has a picture showing him in an obvious White Sox uniform even though he'd been with the A's since 1966: 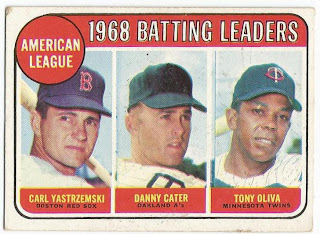 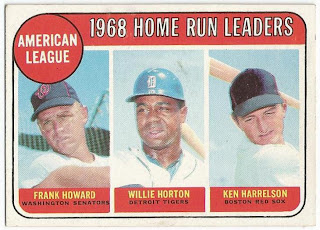 Card #5 -- American League Home Run Leaders
Now for the team that had been presenting Topps with problems...the Houston Astros. Originally called the Colt .45s, they were simply called the Colts on their early cards. When they changed the team name to Astros before the '65 season, Topps referred to the team as simply "Houston" in the early series and changing things up later; they were called Astros but all the cap were airbrushed, except for the one rookie card. In '66 and '67, there seems to have been some trouble with the name, as they were once again called "Houston."

In 1968 and '69, the team was still referred to as "Houston" but all the traces of the cap logo were eliminated from the photos. The blogs 1968 Topps and The Fleer Sticker Project delve a little deeper here. 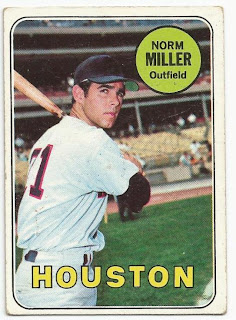 Card #76 -- Norm Miller, Houston Astros
The logo returned late in the season, but the name "Astros" would have to wait until 1970 before it was back for good: 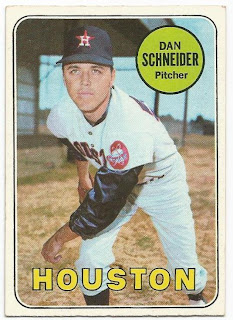 Card #656 -- Dan Schneider, Houston Astros
By the time the 1969 season came to a close, things returned to normal...Topps was back to making its own mistakes on cards, such as using a picture of a 14-year old batboy of the card of a legitimate major leaguer: 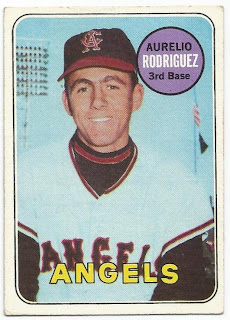 Card #653 -- "Aurelio Rodriguez," California Angels
And only blacking out the logos of traded players: 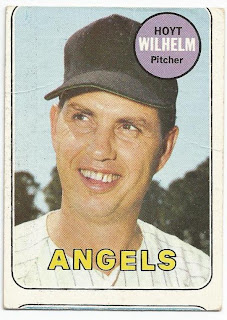