This is a continuation of a series on this blog that shows what was on the backs of the 1972 Topps "In Action" cards. As with all series, there were 12 cards in Series 3 that were part of a 24-card subset that was seeded base/action. Two of the cards repeated the previews of upcoming series: one was for Series 3/4 and the other was for Series 5/6. The other ten were a new feature to baseball cards.

They use a game situation, using the names of actual players, and ask the owner to determine what the result would be, according to the rules (and assuming that the umpire actually makes the call according to "The Book."). It's a feature that was adapted from a regular column in Baseball Digest but apparently wasn't popular, since it never appeared again in a Topps base set.

Reading through them, I got some right and some wrong, just as I did when I was a regular reader of the magazine. Here they all are; see how good you can do (right-click if the letters are too small): 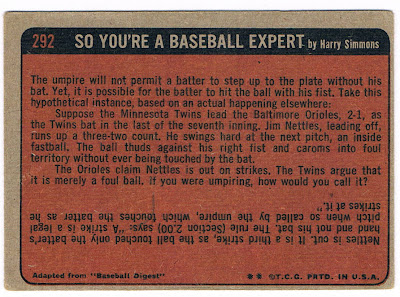 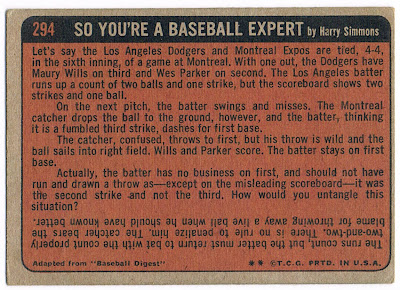 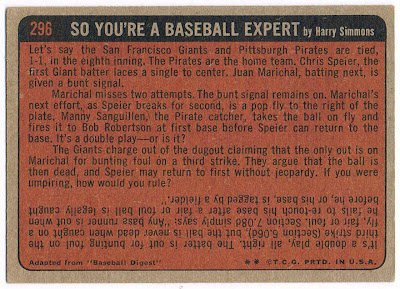 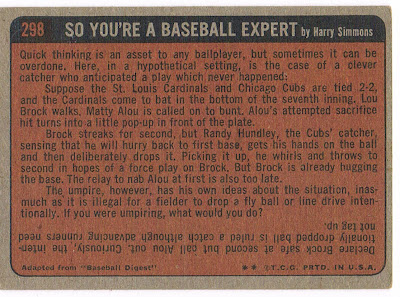 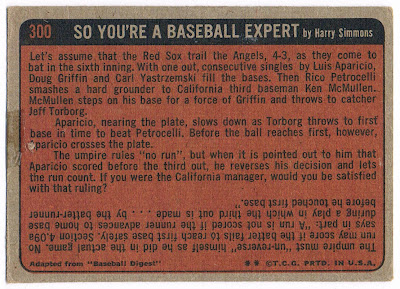 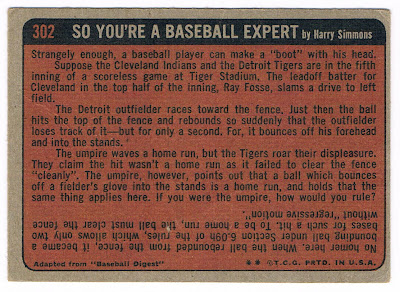 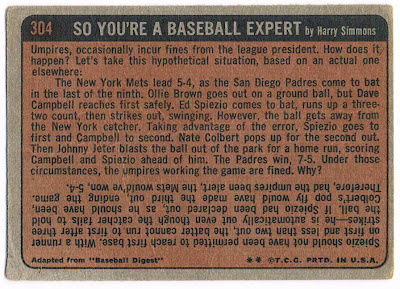 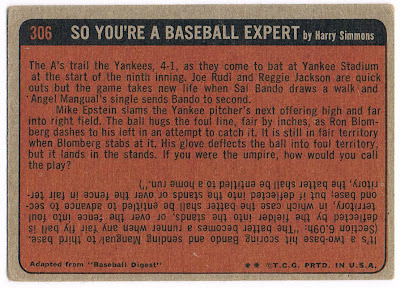 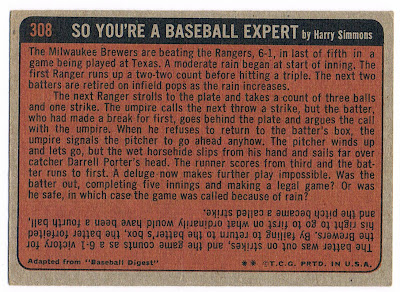 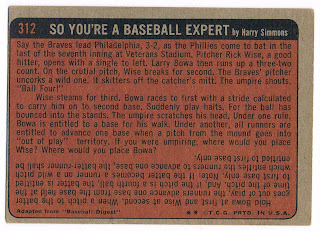